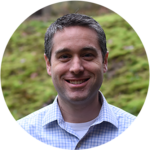 Alasdair Groves serves as CCEF’s executive director, as a faculty member, and as a counselor. He received an MDiv with a counseling emphasis from Westminster Theological Seminary. He was the co-founder of a biblical counseling center in Northern New England where he served as executive director for ten years. Alasdair also served as the director of CCEF’s School of Biblical Counseling for 3 years. He is the co-author of Untangling Emotions (Crossway), has published a number of articles in the Journal of Biblical Counseling, hosts CCEF’s podcast, and has produced many blogs, videos, and audio resources. Alasdair and his wife, Lauren, live in New England with their three children. Alasdair is a fiction enthusiast, plays ultimate frisbee, and loves to produce and enjoy both good food and good music. Help! I Keep Losing My Temper Engaging our emotions, engaging with God

To Parents Who Have Lost a Child

Do you listen when you apologize?

A few more thoughts for moms at home this winter

For the Moms Stuck Inside

Hungry for friendship with God? Me too

What should I tell my spouse about sexual sin? Digital JBC Must Reads: On Apologetics Digital JBC Must Reads: On Methodology Digital JBC Must Reads: On Sexuality