I wanted to make a few brief remarks in response to several comments posted about my recent CCEF Presents video, “How do we understand biological factors in counseling?”

First, a clarification. We originally shot the video as a promo piece for a preconference workshop I may do at CCEF’s National Conference this fall. Accordingly, I raised questions that I hoped to answer in the workshop, which is why it felt “question heavy” and “answer light.” I didn’t intend it as a stand-alone piece. On the other hand, with these complex issues, I think that pausing to ask good questions helps us avoid a “fire, ready, aim” approach and reminds us to attend to both the heart and body in counseling.

With that said, here are a few things to keep in mind. How might you discern if a particular behavior is rooted in personal sin or is the result of living in a sin-cursed world (i.e., the result of a disordered body)?

I particularly wonder about the presence of causative physiological factors if my counselee’s struggle marks a sudden or substantial change from his/her usual self, if the struggle remains particularly severe despite the person engaging in the counseling process, or if the struggle is particularly long-lasting. These features don’t necessarily point to a significant bodily component of causation, but they invite me to slow down, seek consultation from a trusted physician, and do some further research. Even if weight is placed on physiological factors, it doesn’t mean that sinful behavior is simply excused; we always stand responsible before God as his body-soul image bearers. But it does mean that we address that disobedience in the context of bodily weakness.

Let’s say you have two men in your congregation who have committed adultery. The first had an affair lasting several years that was recently discovered by his wife. He is repentant and wants to change. The second man had a one-night stand in the midst of a manic episode. He too is repentant. Both men have sinned before God and others. Both have brought devastation to loved ones. Both require counseling to probe the wants, desires, fears, and motives of their hearts. However, for the second man, the physiological factors are clearly more significant. Medication, particular attention to sleep and schedule, education to recognize early warning signs of mania, and the development of a proactive shepherding plan to be employed in the event of future mania, are all likely ministry priorities for him.

One place in Scripture that helps me is 1 Thessalonians 5:14, “And we urge you brothers, warn those who are idle [unruly], encourage the timid, help the weak, be patient with everyone.” Paul differentiates between those who are purposely stirring up trouble (bold rebels), those who are primarily fearful, and those who are weak/helpless, and urges a different ministry priority for each, along with the umbrella attitude of patience for all cases. As you get to know someone, clarity develops about which of these aspects is (are) most prominent.

I counseled one man struggling with long-term unemployment whose church elder concluded he was simply lazy. As I got to know him, I certainly saw issues of laziness and selfishness requiring attention. He needed to see a God who called him to live sacrificially on behalf of others. But I also saw a lot of fear of failure and fear in social contexts. Here he needed to experience a patient Father who is near him and who strengthens him with grace and mercy in the midst of his fear. I also discerned that he was weak in executive functioning (skills such as multitasking and prioritizing). Here an acceptance of probable brain-based limitations, along with “common grace” organizational strategies was warranted. Was he unruly at times? Yes. Fearful? Yes. Weak? Yes. Holistic ministry required patient attention to all aspects of his experience, some of which were weighted toward the physical. (For an extended treatment of how this differentiation looks in practice, see David Powlison, “Familial Counseling: The Paradigm for Counselor-Counselee Relationships in 1 Thessalonians 5,” Journal of Biblical Counseling, Volume 25:1, Winter 2007).

Lastly, here are a number of additional resources that will assist you in recognizing both spiritual and physical aspects of problems in living, and will help you minister accordingly:

In a short post I can’t hope to fully address the complexity of these issues but I trust I’ve pointed you in some helpful directions. 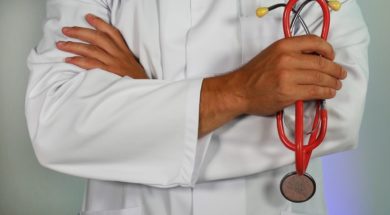