Each generation of believers develops its own weird convictions about Scripture. Though confessions and creeds offer some stability, they also conceal our faulty beliefs under a thin cover of orthodoxy. And there they wait, erupting to the surface in times of trouble

One place we can find the corporate weirdness of our day is in the doctrine of sanctification. It seems that we have arrived at a consensus about the normal process of sanctification and it’s not good. Here it is:

We believe in the victorious life: healthy, wealthy, prosperous and sin-free.

Lord have mercy on us.

We believe that a sanctified believer has fewer hardships

No sane Christian believes we will be free of trouble, hardships and suffering, but most of us believe we should have less of it than our unbelieving neighbors. So suffering still surprises us, as if children of the King have immunity. The two common responses to suffering are:

[with frustration] Why is God doing this to me?

[with guilt and confusion] What have I done to deserve this?

Do we think that Christ suffered so we are spared the hardships that would have fallen on us? True, Jesus bore our judgment but that doesn’t eliminate the suffering of living in a sin-filled world. Instead it gives us power to follow in his footsteps.

We believe that a sanctified believer is largely free from sin

An elder from a fine church asked what I did. I told him that I was a Christian counselor.

“Why would Christians need counseling?” he asked.

I didn’t quite know what to say, but that was okay because he was not really asking a question. He was making a statement, and his statement says a lot. It says that sanctification is like a light switch. When we see a sin (and we certainly should not see one very often!) we confess it, and then we are done with it. Sin was “on” and we use confession to turn it “off.” It is the sin version of name-it-and-claim-it: name the sin, claim full, complete, victorious freedom and deliverance. And if that wily sin reappears, we are to deny its reality. If we say that it does not exist, then it, indeed, does not exist.

But the true “normal” Christian life is when we identify sin, confess it, and expect to be empowered to do battle with it. We fix our hearts on Jesus and what he has done, and begin a journey that travels from loving sin to hating it, which can take quite a while and seem circuitous. It feels like weakness, but is sustained by the Holy Spirit. That is the real victorious life.

These implicit beliefs about the Christian life are everywhere, and they are pernicious lies. Perhaps some Nehemiahs and Daniels among us can start confessing these dastardly assumptions on behalf of us all.

Lord have mercy on us. 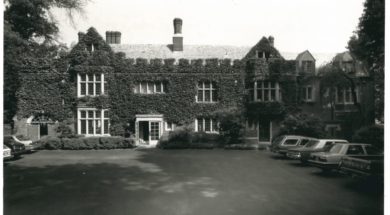 More than counseling: A vision for the entire church