Why is there so much interest in violent sex? I’m not talking about rape; I’m talking about consensual sex between adults that involves pain and sometimes domination. I read two articles quite a while ago and they still have me reeling. They appeared as book reviews in The Atlantic Monthly (January/February 2011).

Before I go on, I want to say that I know sexual images have a way of adhering to our minds. By writing this I am not trying to make them adhere to your mind. I only hope to raise a matter that surrounds us and, given how cultural trends go, might also be in us.

Celebrating Sex that is Physically Abusive?

The first article I read included a review of a mock senior thesis about a woman’s ratings of the sexual skills of thirteen college athletes, which she studied personally. Ugh. It allegedly was emailed to a few friends without the intention of having it go viral but of course it did. She gives her highest ratings to men who were especially aggressive.

In the same article was a review of Tucker Max’s best-selling book, I Hope They Serve Beer in Hell, in which he tries to get under every Christian’s skin by boasting about his drunken and abusive sexual encounters with women.

The next piece was a review of two books about pornography. Though the female reviewer makes a number of trenchant comments, she inserts among these insights a personal anecdote of a one-night stand with a male acquaintance. After describing his difficulties in sexual arousal and her attempts to help, which was a strange and tragic thing to put into writing by itself, he indicated that he would like to do something that made her physically uncomfortable. “Without hesitation, I complied.” And all was well…

I might as well toss in one more example. The book is True Things about Me, a novel by Deborah Kay Davies. Her book examines the complexities of destructive relationships. For her main character, thrilling sex means being dominated and abused. “I have experienced something very bad and serious. Surely something horrible and wrong. Or maybe it was wonderful.”

What is going on?

Does the Pareto principle apply, in which only a small number of participants are responsible for a larger cultural effect? Hopefully. Maybe we are talking about a very small percentage of people.

Are all these women victims of past abuse who are reliving that abuse? Some are.

Will the women pay for these dalliances with decades of shame? Very sadly, most will.

Will the men live out a lonely life? Most will. Those who have daughters will try to make significant worldview corrections.

But why aggression and pain? That is my question.

The convergence of pain, sex and domination is so degrading and so contrary to God’s intent for humanity, yet no one is speaking against it. The lack of editorial outrage or even comment shows an unwillingness to challenge our live-and-let-live culture. And whether this trend identifies the few or the many, the accompanying guilt and shame can be temporarily denied but never erased by anything we can do.

I am left without words.

Is there any hope?

Scripture reveals how humans are intended to live. When we live according to our design, the world can still be very hard but it is simpler and right. We are people created to live within sexual boundaries. Sex is a gift but when it is separated from committed love and mutual care and respect, it becomes degrading. Regrettably, most of us know something about sex that abandons the created design. It leaves its mark.

But there is hope. Scripture reveals the way of rescue. Guilt can actually be forgiven; shame can be washed away. It will always be amazing that Jesus preferred the company of the guilty and shamed, and the cross is for those who have degraded and been degraded.

May we offer a radical and good alternative to those who want to escape meaningless sexuality but don’t know where else to go. And may we invite a desperate and shamed world to Jesus, who freely gives enthusiastic acceptance, once-and-for-all cleansing and righteous coverings. 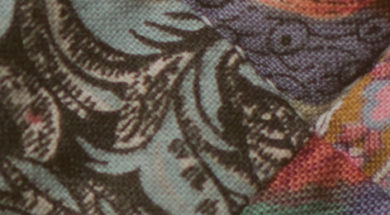