Guilt is easy to identify, shame less so, and there are reasons why.

One is that guilt is black or white. You did wrong or you didn’t. Yes, we can be blind to our wrongness, but when we are willing to open our eyes, matters of right and wrong are blatant. Shame, on the other hand, can be more difficult to trace to a specific act or act done to you. With shame, we feel like we did wrong, but we can’t always identify what that wrong was, or we can identify a thousand wrongs, though none of them might be the actual trigger for shame.

Another reason why shame stays in the shadows is that we simply don’t talk about it. The experience appears in books on sexual victimization, but you can go for years in a Christian church and never hear it mentioned. But as counselors we encounter it a lot. Winston Smith has written a couple of blogs on shame over the past few months (see the list below). In a way, my thinking here is sort of a prequel to what he has written. I’m still rummaging around with identifying what shame is and “naming” it so to speak. I think if we drag it out of the shadows and define it, then we might – we will – be able to speak to it. And once we start speaking about it, we won’t stop, because shame is everywhere (and God’s words to it are everywhere in Scripture).

I recently read about Haitian expatriates who moved away from Haiti because there were no jobs. Once relocated they tended to be generous. In 2008 they sent back about two billion dollars to family and friends. Nothing to be ashamed about.

But they are ashamed. You could track down Edwidge Danticat’s essays in Create Dangerously as evidence. Why shame? Because those who remain in Haiti have gone through horrible times and those in the diaspora have not.

What is this thing? You thought shame was reserved for those who went from one tragedy to another, but you can get it even when you escape trouble.

Survivor guilt or, more accurately, survivor shame. You can find it among those who survived car accidents in which someone died. You can find it among siblings where one brother or sister was violated and the others were not. At one time you could find it among men in their early twenties who were stateside during WWII. In most cases the “survivor” did nothing wrong. In the Haitian case many of them cared for entire families and many relatives. And they still experienced shame!

Assume you have it. Some of us have it in such a way that it touches everything everyday. Others receive frequent visits from shame though it doesn’t live with them.

All I want to do right now is identify shame. That could seem like cruel and unusual punishment, but its not. If you are sick, really sick, have been sick for years, and no one understands you – some might not even believe you – then you are relieved when someone finally says, “You have ______. I can’t believe you have lived so long with such pain.” Even if the diagnosis is dire and the treatments are ineffective, you are relieved. You aren’t crazy after all.

Shame, however, is different than a disease. With a disease, the correct treatment will make you feel better even if you haven’t identified the actual disease. A physician could make a wrong diagnosis but inadvertently give the right treatment and cure you. With shame, however, unless you first identify the problem you will pass by the many treatments in Scripture without ever seeing or hearing them.

Shame has to do with your standing before God and your standing in the community. You think you should be unaffected by the opinions and words of other people? Not so. We were created to live in community, and anything that jeopardizes our inclusion goes against who we really are.

Worthlessness is an easy place to begin defining shame. Have you ever felt worthless? I am guessing that I am not alone in this one. I feel worthless when I notice student indifference after a lecture, when I preach and know that I was less than helpful, when I become alert to my weaknesses as a counselor and wonder why I am inflicting myself on people, and, of course, I could go on.

Worthlessness evokes images of value. It means that your standing with others has gone way down. You know you are a failure, so does everyone else. Our despair over our worthlessness could reflect our pride. That is, “I feel so bad because I want to be great.” And, no doubt, there is pride mixed in with worthlessness. But Jesus doesn’t go to lepers and talk about their pride. Instead, he touches them as a way to show his fellowship and acceptance, and he restores them to his community, though acceptance into the community of mortals like us is not guaranteed.

Shame. You feel worthless, rejected, dirty and exposed. Sometimes you feel it because of what you have done, in which case your badness must exceed community standards. For example, there are some things that Christians confess in public – a little bit of lust, anxieties about money, not listening to a spouse, erratic quiet times. These are the sins that, when you confess them, everyone is nodding in agreement. But there are other acts that leave everyone else in silence because these sins are less common and less acceptable. Shame attaches itself to these sins. But not only to these sins. The Haitian expatriates remind us of that. They violated community standards not by being “bad” but by not being home when suffering took place.

But maybe the most common experience of shame comes from something that has been done to you. For example, every child has known sinful anger or criticism from a parent. That typically will hurt; it will not heap on shame. But some children receive the message that they are unwanted, and they receive it often. That will hurt, and these children will grow up with shame. Sexual violation works in a similar way. When a woman is treated as a sexual object by being ogled or overhearing a sexualized comment, she might feel creepy – a type of low-level and transient shame – but she won’t feel thrown outside the camp. However women, who have been sexually violated, live with a continuing sense of shame that feels indelible.

Shame does indeed have many faces. It seems to be everywhere and yet still be elusive. Maybe that’s why you can’t do anything with it until you put words on it. But God puts words on it, so we should too. That itself can be hopeful. It can also leave us wanting more. If you want more right away, just watch Jesus. He goes out of his way to meet, touch, bless, and restore the shamed:

The Gospel of Jesus is “I am yours and you are mine, and I’m not letting you get away.” 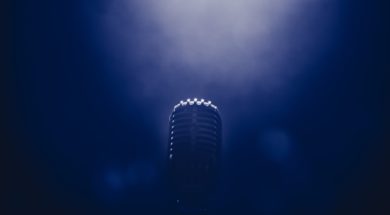 Disclose or be exposed