Has this happened to you?

You read all the signs that were so blatantly from the Lord—“yes, this is the path, go this way, I am with you.”

You have been amazed at the way he opened doors—you were scared but you walked through them.

The Lord confirmed his will for you through other people too—they were excited that God was doing this.

Finally, you were on board. You were excited. You were all in. You had peace about your decision.

And then, splat, he pulled the rug out from under you.

How will you be able to trust God again?

This, I think, is a common experience. Very common. It happens with all kinds of decisions: business, vocational, financial and relationships. You pray earnestly, you see God moving, you are amazed, and then… it looks as if he simply vanished and left you on your own. You especially see it in broken relationships. That is, you seek the Lord about a marriage or relationship decision, it starts almost too well, and then the relationship takes a sudden and tragic turn, and there is no explanation for it.

You want to know why

Some problems are universal, but this one is for those who are spiritually mature. It happens to people who are earnestly seeking God, and only the mature do such things. And though anger toward God might flash occasionally, it isn’t the real issue. The real problem is that you feel you no longer know him. You want to know why God did this, yet he is silent. It doesn’t make sense: he gives with one hand and takes away with the other.

When no response comes, you start filling in the blanks. Maybe you deserved it. Maybe you have done wrong and you need to figure out what it is. That’s what maturity gets you; you see yourself as the culprit. This approach is understandable and—misguided.

Not a scavenger hunt for sin

“Why, O Lord?” is a recurring question in Scripture. In response, God does not send anyone on a scavenger hunt for sin, and does not fill in all the details that the asker might want to know either. Instead, he reaffirms that he does see trouble and grief (Ps. 10:14), and he will strengthen those who are weak (Isa. 40:27-31). With these words he is revealing to us what we really need to know.

But there is another matter to consider.

All this started with our assumptions about how God works—we had confidence that we could know the will of God. We could discern the “open doors” and had that “peace.” Even more, we were confident that those open doors would lead to blessing, according to our definition of blessing. Perhaps it is time to re-evaluate.

The Apostle Paul held very different assumptions yet he believed that he knew plenty about God’s will. The King reigns, the Spirit has been poured out, the nations are ripe for the picking—that was enough for him. The times he received specific direction, he was confident that it would mean blessing for the larger church and hardships for him. He knew that if God was in it there would be challenges—challenges that reveal weaknesses and test faith.

God is not playing games when he pulls the rug out from under you. He is up to something, but it is probably not what you think it is. 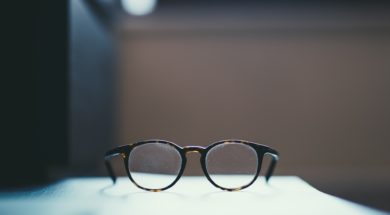 The God Who Sees When We Cannot