One of the most frequent questions asked by counseling students is: how do we counsel unbelievers? How do we offer words about Jesus to those who have no commitment to him?

In order to answer these questions, first consider a counselor’s unique vantage point. Our conversations usually take place when old ways of managing life are ineffective, and there is a sense of personal neediness. In such a context, unbelievers who once wanted nothing to do with religion are now pleased to have someone pray for them or a family member. Desperation can sometimes open the heart to spiritual matters. As such, we might speak with unbelievers in a way quite similar to how we would speak with believers.

I have an atheist friend, who believes only in what he can see and has no interest at all in anything connected to Jesus. But he was willing to meet when his wife wanted help for their marriage. Though mild-mannered and calm, his actual words toward his wife could be dismissive, condescending and cruel. When I pointed out the piercing nature of those words and the oath he had made to love, he was quick to respond. He recognized wisdom when he heard it. He asked his wife’s forgiveness and set out on a course of patience and kindness. His changes were such obvious signs of spiritual vitality that I asked if he wanted to talk more specifically about Jesus. His answer was no, but he persisted in his efforts to love his wife.

Helping in time of need.

A year later this same friend called for help with a different problem. His daughter was in the midst of a psychotic episode and he was undone. We arranged for hospitalization, which had some benefit but her instability continued. So I would meet with him to encourage him in the ways he could serve his daughter and to pray for him.

He was grateful for both interactions.

Other times, people hear the gospel when we don’t know they are listening.

I once had the opportunity to meet with a Christian woman who struggled with overwhelming anxiety and incipient depression. Her husband was not a Christian, but he was committed to helping his wife. In fact, he was the one who set up the appointment with me because he knew that his wife would prefer speaking with a Christian counselor. He even came to our counseling times as often as he could.

“You can talk about the Bible together, and I’ll just sit over here,” he would say. And we did just that. We talked about her struggles and God’s surprising mercy to those who are fearful.

I remember one of our hours together when her faith in Christ was barely discernible. As I tried to engage her with realities about Jesus that were usually important to her, but were far from her at that moment, her husband moved his chair forward and sat with us rather than off to the side. He started talking. He started counseling her.

“Sweetie, I know you are upset, but you have to listen. You are not trusting Jesus right now. You are not remembering the promises he made to you. You are acting like you are all alone when God is with you. You need to trust him.”

At first I thought he was trying to channel me, until I realized that he was speaking much better than I was. A month later he invited me to lunch and told me that he had put his trust in Jesus. As it turned out, I was the one observing from the side while the Spirit and the Word did their work.

The task for biblical counselors is to multiply these kinds of illustrations as a way to demonstrate that God’s words are not for a niche clientele but are for all the nations. 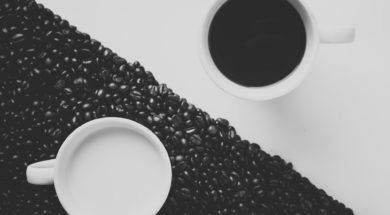 Can you biblically counsel an unbeliever?